NO Build Out Line - "BOL" and related regulations (which dictate how to play out from the backfield) will not be used for any age division in the tournament.

Punting is OK - Goalkeepers are allowed to punt the ball in ALL age divisions.

5 minutes maximum allowed for Half Time, even less if the teams are ready to continue.

Pool Play, ALL Divisions - 25 minute halves. Games may end in a tie.

Playoff/Elimination Rounds - 3rd/4th Grades: 25 minute halves, 5th/6th Grades: 30 minute halves. Games must have a winner. No overtime in the event of a tie after regulation time expires, so players on the field at that time must participate in Kicks From The Mark. (NO SUBSTITUTIONS after time expires.) 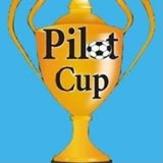 No Heading the Ball

Home Team does it all: choose sideline, preferred end of the field, kicks off to start the game, and supplies (3x) Size 4 game balls.

Substitutions are allowed on the following situations where the ball is not in play: ANY Throw-In, ANY Goal Kick, ANY Corner Kick, ANY Kick Off, (if Referee allows) Injuries to either team, Cautions and Send-Offs. Substitutions NOT allowed before a Free Kick.

To remain consistent with USSF and AYSO mandates (which help prevent head injuries,) heading the ball is banned  in all divisions of this tournament. An Indirect Free Kick is to be taken from the spot where the player played the ball with his/her head. An Indirect Free Kick awarded in the opposing team's penalty area shall be taken on the 18-yard line parallel to the goal line at the point nearest to where the foul occurred. Neither Cautions nor Send-Offs shall be issued for Persistent Infringement or Denying an Obvious Goal Scoring Opportunity (DOGSO) related to a heading infraction.

Please report any problem spectators or coaches to the Referee Table near the Farm Snack Bar. At the Referee's discretion, a one point penalty in the pool standings can be assessed to teams whose sideline is disruptive, abusive or interfering with the officiating and/or playing of the match.

Additionally, if a team's coach or spectators continue to interfere in the match despite the Referee's warning, the Referee may terminate the match. At that point, it will be up to the Tournament Director to determine the outcome.

One point in the pool standings could make the difference between a team advancing to the quarter finals or being eliminated from further participation.